The Legend of Zelda: Breath of the Wild Walkthrough - Runes 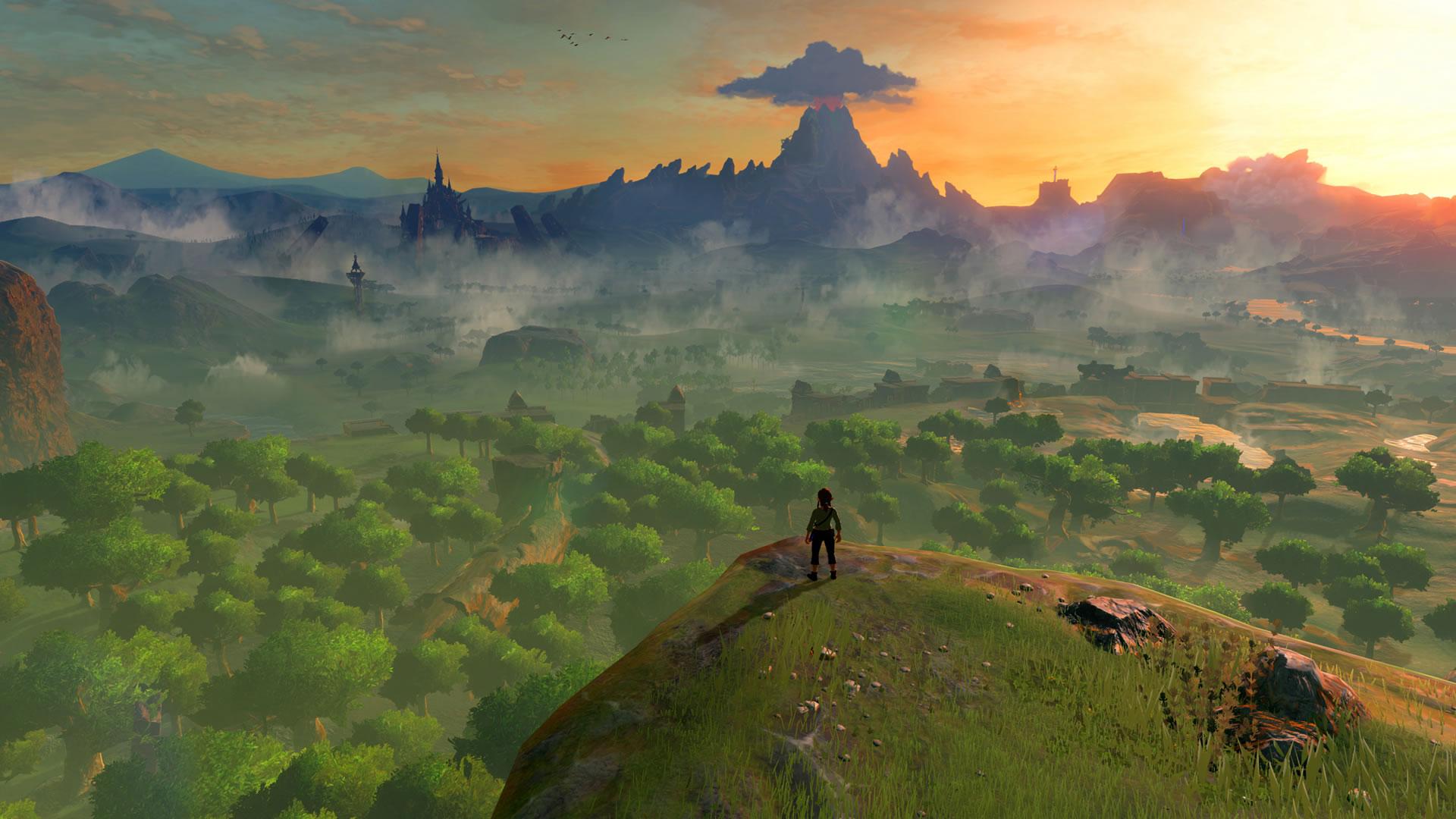 The Legend of Zelda: Breath of the Wild Walkthrough - Runes


Firstly, this item seems reminiscent to the magnetic gloves in one of the classic Gameboy Legend of Zelda titles. I forget which exactly but I know the name of the item was called the Magnetic Gloves and man were they awesome! The item returns as a Sheikah Rune in Breath of the Wild. It obviously has had a major overhaul and design change but the idea is very similar in my opinion. With this item, Link can move pretty much any metallic type object in the game. This includes rocks and possibly certain items or even enemies. I have not tested it thoroughly enough as I just started the game so stay tuned for updates and apologies.

The Magnesis Rune can be obtained at the very first shrine you will probably locate in your first play through. The name of the Shrine is called Oman Au. It is located a bit North of the first Sheikah Tower. You will get it at the very start of the shrine trial and it can be used in several ways during the trial. For one, you can pick up metallic floors to reveal hidden paths or items. You can also pick up anything that the magnet can handle than crash it on an enemies heads from above. Furthermore, at the end of the trial, it is used to make bridges and even open huge heavy doors.

Thanks to my cousin he also pointed out that the large metal blocks right near the Oman Au shrine can be broken with Magnesis. All you have to do is hold them as high as possible in the air with the magnet than let it crash down and the contents inside the metal crates will be yours.


I think this is a great item and love the way it is implemented to the story of the game. It seems very futuristic at times as well as mysterious. The item controls excellently and is very fun to use. The only gripe I have is the rotation controls. The player seems to have to move Link rather than the object. This could be the physics of a magnet that I don't know. I am not a rocket scientist just a gamer so bear with me. I also could be missing something when I am using it as well so I would appreciate anyone letting me know.


First I would like to say how much I love this rune! It looks amazing and once again Nintendo found a new way to make the bombs fun all over again as they have done in many Zelda titles before. This time they are changed up a bit. You have an infinite number of bombs but they have a cool down after being used. There are also two types of bombs now one of which is the basic round bombs. These can roll and be put down pipes or tubes. Next are the square bombs that look like a box mine. In fact, they can be better used as mines as they will not roll like the round bombs. Finally, these bombs can now be detonated manually at any time. They do not explode unless Link performs the detonate function.

Link can obtain these bombs at the Ja Baji shrine in the Eastern Abbey of the great Plateau. You should get these early on at the start of the game. They can explode large walls of rock and I have not tested them too much just yet. For now, I know they don't break large lone boulders like in previous Zelda titles. Much more testing needs to be done so stay tuned. Remote bombs can also be used to fish. Just throw out a bomb into a school of fish and then dive in to collect the dead fish. It can kill multiple fish at once and there is no difference from catching them live or dead, they will have the same effect so go for it.


The bombs return in an amazing new fashion, with the remote bombs. They look amazing and now come in two forms. I like what Nintendo has done with the bomb item here a lot. It's a staple to the Zelda series and hopefully, we will see more classic items return in one way or another in Breath of the Wild. Graphically is where the item really shines as the bombs and there blast look simply gorgeous. I hope you all enjoy them as much as I am right now, updates to come please check daily. Did you know, that while paragliding you can drop bombs! It is something I realized after a month's worth of play. It's pretty entertaining and works with both remote and ball bombs. It actually reminds me of the Hook Beatle slightly! Try it out next time you hit the air!

An interesting rune that seems very original compared to typical zelda items and ideas in terms of gameplay. The only items that I can relate to this Rune would be the cane tools from a Link to the Past Zelda game. Basically, the Cryonis rune creates blocks of ice just like how the cane items created blocks in LTTP. However, you can use these underneath Link and even shatter them. I have not noticed the ice shatter doing any damage or even freezing enemies. It would be nice if it did but I have to test it out a bit more. It is still pretty fun building platforms and bridges as well as rising treasure chest out of the water.

You can obtain the Cryonis at the Keh Namut shrine which is near the River of the Dead and past some snowy mountains. It is part of the main storyline of quests so you shouldn't miss it if you're playing the game. You will need magnesis rune to get to the shrine and the Warm Doublet outfit will help greatly as the area is very cold. Cold damage will stack over time and you will eventually lose hearts and freeze Link to death without the proper warming armor or potions.


I like where they went with this item, I just hope that I am doing something wrong with the shatter mechanic. I don't see the point in shattering the ice blocks if it doesn't do anything useful. Perhaps later on in the game or maybe I haven't tested it out enough yet. I would like to see the shatter do some ice damage or freeze enemies. On the good side, the blocks are fun to create and useful for tons of puzzles in the game, but it is nothing to write home about in my opinion.

I have begun to change my opinion on Cryonis a bit. The battle with Vah Ruta is really immensely fun with this rune. It makes sense to have the ability to shatter ice blocks because they come flying towards link. Nintendo did a good job implementing these skills into the combat system. It be nice if they were more useful on basic enemies though. Regardless It does leave you wanting a bit more. It would be nice to have the beetle from skyward sword return as a rune.


This rune can be unlocked at the Owa Daim shrine which is located in the snowy mountains of the Great Plateau. The rune allows Link to stop certain obstacles that move with the flow of time. It also can store energy from attacks while in stasis mode. When the timer ends the obstacle will be released in the direction of the attack. It's a pretty interesting rune and I will be updating with certain scenarios as we progress daily with this guide.


I am still not too pleased with this one. It's a great idea but I was just expecting more from the runes. It scares me a bit that the bombs are so awesome and than we have this rune. Don't get me wrong it is probably really useful and it is implemented and designed well. Maybe it's just that fact to me at least that it doesn't look too cool. Overall though its nice to have and I do like storing the energy and attack obstacles with it.

This is a very nice addition to the game. After receiving this rune during the main quest Locked Mementos you will be able to access and add to a huge in-game compendium. If you take pictures of creatures, monsters, food, weapons, and more you can add them to your Sheikah Slate. Once added you can view notes at anytime. Some notes are more interesting than others and some even include new lore such as the bestiary.